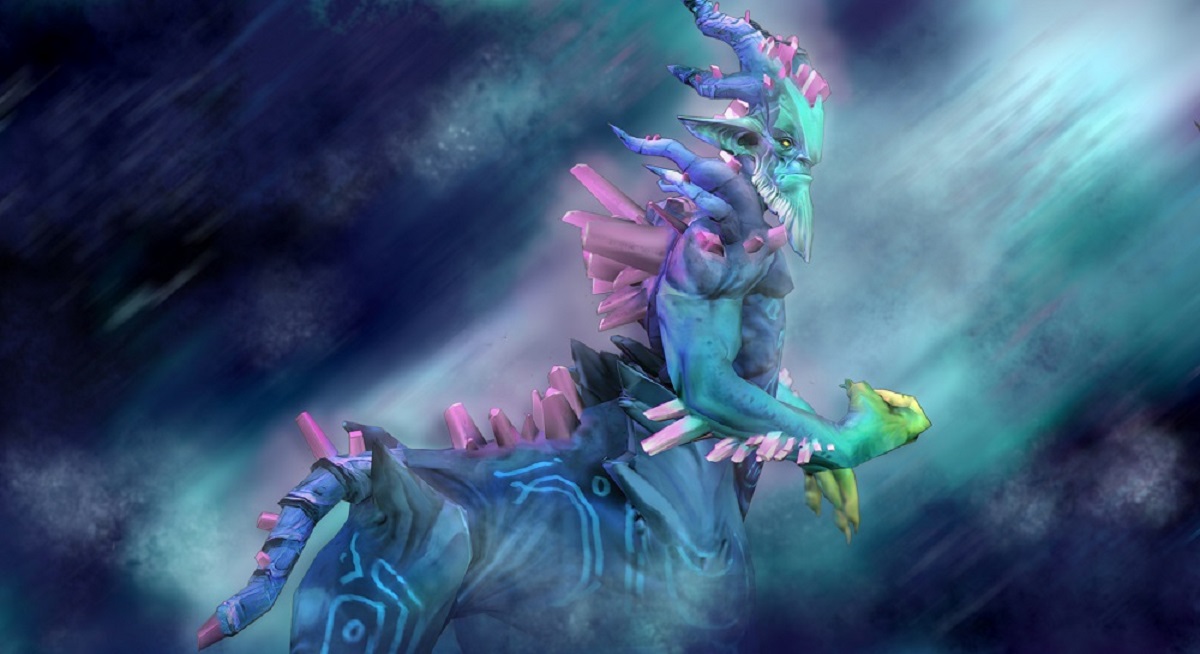 Leshrac is easily one of the most powerful heroes in the current meta. He isn’t as frustrating to play against as Arc Warden, Tinker and Broodmother, but he also doesn’t need a whole lot of skill to utilize effectively, so today we want to talk about how to deal with the very balanced Disco pony.

In many regards, this TI was very reminiscent of TI4. A single-region, underwhelming grand finals, with the lead up being dominated by Leshrac. Only for the latter to be countered in the final Bo5.

This time around, dealing with Leshrac is considerably more straightforward, courtesy of new tools provided by Valve. There is an ever-present Wraith Pact. It is still one of the most powerful items in the game and you need one in your team in pretty much every game. It doesn’t matter who builds it, usually, but against Leshrac getting it as early as possible is preferable.

There is also an often underrated Mage Slayer. It is an item often forgotten by players, but an early purchase can change how a carry gets to approach the game. It is quite similar to how Hood of Defiance was a possible first item on some carries back in the day, though Hood has the added benefit of providing great health sustain.

Mana regen from Mage Slayer is neat, but maximizing its effectiveness on a farming carry can be problematic, given the price. After all, Falcon Blade for less than half the price provides a similar level of farm and mana regen acceleration. But in a game against Leshrac, having a bit of an extra safety could come in handy, especially if no one on your team can realistically get Mage Slayer.

Finally, we would really like to highlight Spirit Vessel as one of the necessary Leshrac-dealing tools. It is one of the earliest heal and regeneration reducing options and can be rushed on many different cores, depending on the situation. The way Leshrac is being played right now involves him getting deep into the enemy territory and sustaining himself through spell lifesteal.

Take away the latter and suddenly he can’t come to fights pre-BKB, extending the game and making sure that your carry has enough time to get their own. Leshrac is mostly scary because of his midgame timings, rather than his ultra-late game. He can be a decent carry, but it will require considerably more effort, compared to most conventional right-clicking carries.

There are several great picks against Leshrac that should be kept in mind and considered. Some of them are obvious. Heroes like Ancient Apparition would typically force Lesh into a support role in a Captain’s Mode lobby, but in a regular AP it is usually not an option. Unfortunately, picking AA as an opening support is not always the best of ideas.

A hero like Silencer, on the other hand, is a very powerful opening pick and a great Lesh counter. Pre-BKB he doesn’t allow Leshrac to spam his abilities and slows him down quite considerably. After BKB, he can still disrupt his plans with a timely Global Silence usage. More importantly, a good Global will leave Leshrac without the help of supports and while he is a very powerful midgame character, he still can’t play 1v5.

Core-wise, there are two pretty obvious options. There is Sniper, who simply outranges Leshrac and doesn’t allow him to close the distance. Pre-Blink Leshrac theoretically does nothing to a well-positioned Sniper. Post-Blink, Sniper still has defensive tools like his Shard to stay alive and away from harm.

Drow Ranger is another obvious option. Her Shard is the most cost efficient heal reduction in the game, while her naturally high range and a built-in Silence should allow her to keep the distance. Later on, Pike and BKB are obviously a must.

There are also some less obvious options like most burst-type heroes or burst enablers. Heroes like Slardar can help tremendously when dealing with Leshrac.

There are also some attempts to make Huskar work, but so far they are inconclusive. The idea is simple: spell lifesteal, just like regular lifesteal, restores HP based on the damage dealt after reductions. Hence Huskar can really mitigate Lehsrac’s healing factor with his built-in massive Magic resistance. The problem is, Diabolic Edict is pure damage and that is the biggest limiting factor for Huskar, who would otherwise have no problem playing in Leshrac’s face.

Finally, there is Anti-Mage, though currently the hero doesn’t feel good to play in general. He is technically a Leshrac counter, but he can struggle against everything else in the game, as Dota is not a 1v1 game.

Patch is taking a while to come out and that is definitely concerning. We can’t say that the meta is in a particularly bad spot right now, but having something new to play with would definitely be welcome.

What are your thoughts on the meta and how do you deal with the most annoying heroes in the current patch? I think ill give Lesrac a go :P Leshrac is carrying me! Imagine discussing an Int-hero with spells reliability and not accounting Nyx as a well-rounded counter.

Every article should add hero and item icons when mentioned. It adds subtlety to readers experience and makes the article not look dry.