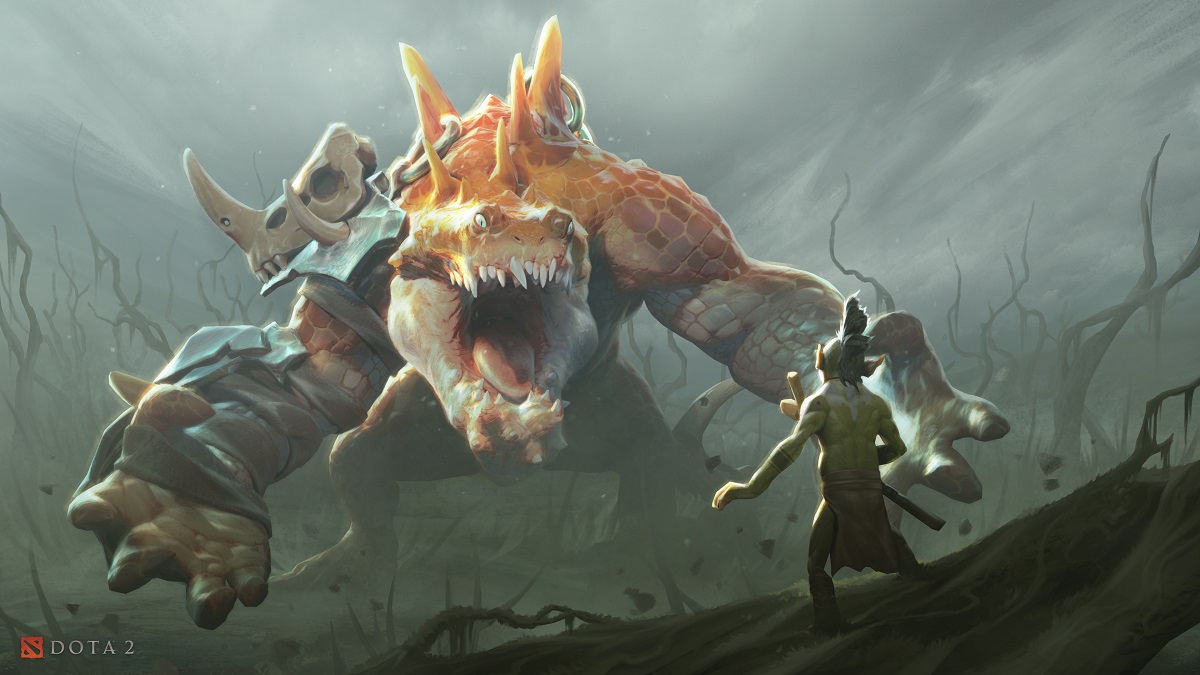 The TI Qualifiers are just around the corner and the professional players have been playing a lot of pubs in preparation. Today we would like to discuss the unexpected heroes they were training and why they might make big waves in both the professional and the pub scenes.

Clinkz is currently one of the most dominant heroes in pubs, including the highest level ones. His ability to farm quickly, coupled with a very powerful midgame Gleipnir timing and followed up by a strong late game make for an incredibly reliable hero.

The hero is a little bit one-note and doesn’t have almost anything to offer outside of damage, but with proper crowd control supports and a space creating mid, Clinkz can be a strong teamfight hero on top of being an oppressive assassin.

Troll is quite different: his strength lies in being able to lane against pretty much any opponent and win. This usually translates into an early acceleration item, which when followed up by BKB allows Troll to be both the damage dealer and the frontliner for his team.

The hero is at his best when played in an active manner and supporting a high-DPS core from mid. While he can technically carry the game even in the later stages, better opponents will usually have tools for mitigating the effectiveness of Battle Trance and can even punish Troll for using it.

Batrider is one of the iconic TI heroes and him being back in the meta is not surprising. Currently a very flexible pick with multiple potential roles and an insane damage output from level three onwards, Batrdier is definitely a force to be reckoned with.

Having a scaling, stacking “nuke” on a low cooldown in a decent AoE is pretty amazing, but so is the ability to one-shot enemies with a level advantage. Tusk being a mid hero is pretty weird, but his starting stats fully support this playstyle.

Moreover, with levels alone this hero can become devastating and later on, once he gets an Aghanim’s Scepter, he can become one of the best, most straightforward initiators in the game.

Surprisingly, the pool of Offlane heroes got restricted in the 7.31-7.32 transition, though, to be fair, it was exceptionally wide in the previous patch. It is currently dominated by mostly the same heroes, with one big exception: Primal Beast.

The hero has been buffed in 7.32b and is still one of the easiest heroes to play effectively: you go in, you Trample people, your Roar when you are hurt and Pulverize a priority target. With BKB this becomes almost trivial. With Aghanim’s you have a whole extra nuke on top of your kit.

To use it well you have to be on top of the enemy: it works similar to Requiem of Souls, with a maximum of around ~350 damage from a single wave.With three of those you could be dealing upwards of a 1000 damage, as long as you are not interrupted.

Undying is a beast currently and is easily the first pick material. His Decay being literally a “damage and heal” ability makes his lane presence that much more powerful and with no dedicated Tombstone killer the enemy might be in quite a bit of trouble as well.

He can still be exploited and he does not necessarily scale amazingly well past the midgame, but his early game dominance is usually enough to secure a good start for his cores.

Mirana is a bit of an answer to that, being a good Tombstone killer, but she is also one of the better roaming heroes in the game currently. Her ability to follow up stuns in the midlane is very scary, as is her ability to win lanes by guaranteeing range creep and flagbearer last hits.

The hero also scales pretty well and can even transition into a decent semi-core in prolonged matches. Eul into Sacred Arrow is a very easy to execute combo that will force a lot of attention to Mirana during the fight, creating space for her cores to exploit.

The meta is still in a state of flux and it will continue to be so for a while. New heroes will emerge as the biggest trendsetters and new answers will be found to deal with them: such is the nature of meta.

Going forward we truly hope to see not only more heroes being picked and experimented with, but also significant differences between regions. Dota is at its best when the ideas clash and there is definitely a lot to explore in 7.32b. First at last, thanks for work)

Primal beast scepter is so good @GTB_official lol no wonder you got 30% winrate What about Riki lol