It’s been several days since the patch release and the first solid trends are starting to form. Today we are going to discuss what works in the new patch and will try to figure out why and what we can do to counter it.

Easily the biggest winner of the new patch, Tiny has been on a rampage. Right now it should be clear that the hero has been overbuffed and does too much: he has strong laning presence, high tempo, great pick-off potential and adequate late-game scaling. The hero seemingly has no weaknesses.

This is partially true. Tiny is strong now not because of the meta trends or because of a new, unexpected playstyle. He is strong because the numbers on his stat sheet and his abilities say so. We’ve seen similar occurrences with several other heroes in the previous patches and they eventually get nerfed, but for the time being here are several drafting and playstyle tips.

Do not pick squishy supports. Tiny is one of the reasons heroes like Ogre Magi, Jakiro, and even Warlock are great opening picks. Tiny is a nuker: he transitions from a magic damage nuker into a physical one, but any fight that lasts longer than fifteen seconds is uncomfortable for him. As long as you don’t get blown up immediately and get a chance to counteract after the initiation with a slow, heal or a stun, you are already putting Tiny in an unfavorable position.

For that reason, save items are great against the hero and we urge players not to sleep on the

Wraith Pact. Tiny hates this item more than most, since his low attack speed will generally prevent him from dealing with it quickly, while the burst he relies on is non-functional while the totem is active.

The second biggest winner of the patch, who now wins close to 56% of his pub games. Part of it is definitely the hero buffs: getting 25% shared armor is a big deal, especially on a very tanky summon. But part of it is the changes to the items, buildups and new available options.

We hyped up Radiance as one of the winners of the patch and Radiance LD might not be the default, but it is a very valid option. It increases the farm speed for Lone Druid and can later be disassembled into Nullifier and Butterfly or Halberd for the main hero's survivability. There is also a stat-agnostic Orchid Malevolence new option against elusive casters.

These options come on top of bolstered defaults, such as MoM, AC, Basher, Maelstrom and sometimes even Desolator. The end result is an already flexible hero getting stronger, while getting more flexible. LD can adapt to seemingly any situation and that makes it hard to counter him as well.

Our counters page suggests heroes like Winter Wyvern, who should be self-explanatory. Long-range carries who can ignore LD in lane and not interact with him later in the game are also quite effective. Finally, tanky offlaners who can mitigate a lot of damage, while dealing damage in return, seem to work wonders as well: both Bristleback and Underlord have a ~55% win rate against Lone Druid.

We genuinely don’t know why Undying is suddenly trending. The hero jumped up 7.2% win rate and we can’t believe that it is the result of a 10 manacost decrease on a level four Soul Rip. The hero doesn’t particularly benefit from the new neutral creep abilities and neither does he counter them.

He is a great hero to have Wraith Pact and

Boots of Bearing on, but that couldn’t realistically account for such a jump, especially considering our guides page doesn’t show any indication that these items are ubiquitous on the hero.

Our best explanation to this is that Undying is naturally exceptional against Strength cores and Strength offlaners specifically. Given how Primal Beast is in every fifth game, while Axe, Huskar and, most importantly, Tiny pick rates are between 11.2% and 15.7%, we can see Undying doing well in the vast majority of games even without any noteworthy buffs.

At the same time the concept of a “Tanky Strength Offlaner” is not exclusive to the current patch. In fact, the only notable non-Strength offlaners who are less popular now are Outworld Devourer, Enigma and Queen of Pain: they lost ~2.3% pick rate on average. The latter wasn’t even that popular as an offlaner: she is played as a three in one fifth of her games, so the popularity loss in the offlane position is less than half percent.

This does not feel like a reason enough for a 7%+ win rate increase. We shall keep a close eye on Undying and how he does once the Primal Beast's popularity stabilizes. The last time we had an unexplainable rise in win rate was with Pudge bug back in 6.81. We are not saying that something is bugged with Undying, but do share your thoughts on why the hero is suddenly so successful in the comment section below. Next article should be on items and how to use new ones. Apprently undying is possibly bugged as the zombies are doing piercing not normal (or the other way around) after the damage type formatting thing.
Thier damge type changed (unmentioned in notes) so they shred heros much more,
If its fixed soon it is/was bugged, however could be intended could feature and something else gets nerfed to compensate for the over buff. 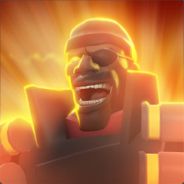 Mana cost wasn't the only thing they buffed for Undying's Soul Rip. They also lowered the cooldown, increased the heal, and most importantly, set the max units to 10 (down from 11). This allows him to pump out more healing even when there are less units around him.

Another reason his winrate jumped (as mentioned in the article) is that Strength heroes like Primal Beast and Huskar are very popular this patch. ^ @mllcg i thought they nurfed it, since people were using manta to stack the napalm damage idk man, bat, visage and meepo are the three biggest winners 4 me.