Three unkillable supports and the rise of Holy Locket 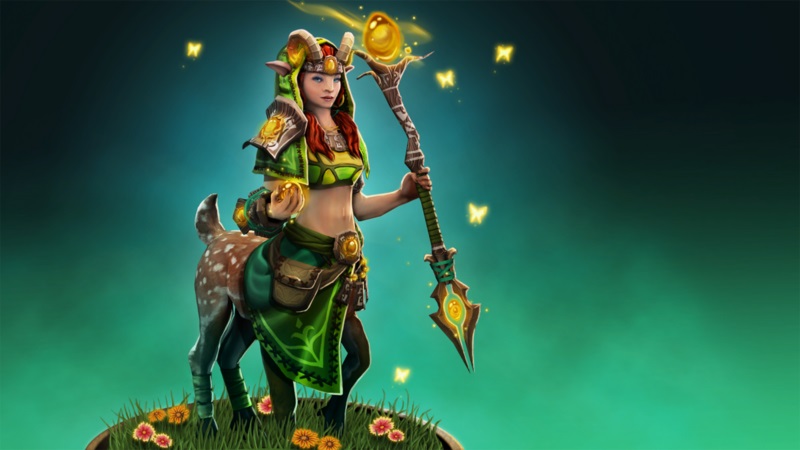 The AniMajor taught us some pretty interesting things about the current meta in Dota 2. There were some very clear differences in how teams approached the game and these gaps in perception got exposed as severe discrepancies in performance. A meta usually develops around one or two roles that have an inordinate amount of impact on the game. From there, a supporting cast of heroes comes together to create strong strategies that have a relatively small amount of adaptation from game to game. Some heroes will be substituted for others but almost always follow the same archetype to keep the strategy intact. For example, in previous metas we have seen Void Spirit, Puck, and Ember Spirit all used interchangeably to function as a high magic damage tempo hero that can gank early.

In the current meta, the biggest themes have been tanky side lane cores and self-sufficient, healing supports. Just on paper, this makes a lot of sense since it doubles down on the theme of survivability. Healing an already tanky core can make them literally unkillable and allow for extremely aggressive moves on the map. For AniMajor champions, PSG.LGD, this idea led to a lot of Dragon Knight (9 picks, 5 wins), carry Axe (9 picks, 6 wins), Death Prophet (7 picks, 5 wins), Terrorblade, and Spectre. Runner up Evil Geniuses also used Terrorblade (12 picks, 9 wins) and Dragon Knight (12 picks, 6 wins) to great success with Timbersaw (10 picks 7 wins) being their third most reliable pick.

What I really want to talk about though is the supporting cast. Specifically, the archetype of the perfect support hero in the current meta climate. To me, there were essentially two major themes that nearly every support hero followed for teams that had success in the tournament. The first primary archetype was a magic burst, team fighter. Heroes like Lion, Ancient Apparition, and Snapfire found a lot of early success. However, as the tournament developed a second more prevalent theme became apparent. It turns out that Holy Locket, after a couple of years of obscurity, is now one of the best items in the game. This fact made healing heroes such as

I want to focus on these three heroes in particular as the perfect archetype of a support for the current meta. The first excellent attribute is flexibility. Over the course of the AniMajor we saw all three heroes played in both the four and five roles. This fact alone makes them excellent early draft picks that can be moved to fit a variety of lanes.

Speaking of the lanes, the laning stage tended to end quite early and required the carry to retreat to the jungle for safety. In this scenario, the best thing that can happen is to have a hard-to-kill support soak up experience and keep the safelane tower alive as long as possible. Enchantress is notorious for being a difficult kill due to her Nature’s Attendants and Untouchable. Likewise, Winter Wyvern and Phoenix can deal with creeps from far away and fly into the trees to escape. All three heroes provide huge mid-game impact with a bit of extra farm which makes this map movement a win/win situation. By soaking up the enemy’s tower pressure you can buy a lot of space for the carry to farm while also accelerating your own.

One more major positive that these heroes bring on their own is as a decoy in the mid-game. We have already talked about their survivability early but this persists into the mid-game team fights. Most Dota players know by now that the easiest way to win team fights is to target the squishy backline heroes. It can be hard to kill a frontlining Terrorblade if there is an Oracle sitting behind them so instead you kill the Oracle. This is where Enchantress, Winter Wyvern, and Phoenix really pull ahead from the rest of the supports. All three are incredible at baiting enemy core heroes to jump way out of position. With a variety of stalling abilities, mobility tools, and self-healing, each support can survive longer than expected.

Imagine being a Storm Spirit and expending a large amount of mana to kill a Phoenix only to have them Icarus Dive away, Glimmer Cape, and then drop a Supernova on your head just before death. Winter Wyvern and Enchantress also naturally itemize into further survivability (Force Staff, Glimmer Cape, Aether Lens) and turn those easy support kills into resource-wasting overextensions.

Finally, we come to Holy Locket. Truly, there is no better item for a defensive support hero. Yes, the 35% healing amplification turns all of you into a portable fountain but more important is the build-up. Holy Locket currently requires items that give you extra stats, extra mana pool, extra hit points, and a passive healing aura. All of these valuable attributes would be enough from a single slot on their own. Instead, you also get a 20 charge Magic Wand that refills itself outside of combat to ensure you almost always have a burst of 300 HP and Mana. Oh, and you can cast it on allies for some extra next-level support plays.

Traditionally, position four and five supports are the highest priority targets in team fights because they usually have high impact spells and are also the easiest to kill. When you make yourself nearly unkillable you not only allow yourself to get off more rounds of spells but you also pull enemy cores out of position. They end up low on resources and out of position for a favorable trade if they can even manage to bring you down in the first place. Also, I feel like Abbaddon is underrated. AA is really strong in this meta because he completely negates the strong healing these heroes provide but if he's banned, abba can be a good alternative if the rest is taken/banned. Just go Arcanes -> Locket (disassemble boots) -> Aghs and go soak up enemies AoE tears as you coil everyone around you automatically. Warlock with holy locket and aghanim shard plus talents can heal entire army 90+ hp per second and duration can be longer then cd. Dazzle with GG boots is usually gg... I guess the holy locket can do the same. The 50% cooldown reduction really kicks in with the 20 second GG boots.

Yea, the tanky heroes are now the thing, but this is a game where the damage will always outclass survivability eventually. That is why Axe isn't going to carry your team through the late game into victory... But outlasting your opponent is a viable strategy before the "anti mage has finished farming" happens. This is probably something I missed. When is the best timing for Holy Locket? Is this going to be your 1st item build on the support next to boots? I was also thinking of mana boots heroes that transition to tranquil boots can have it as that item timing.