Is this the end of iconic bugs in Dota 2? 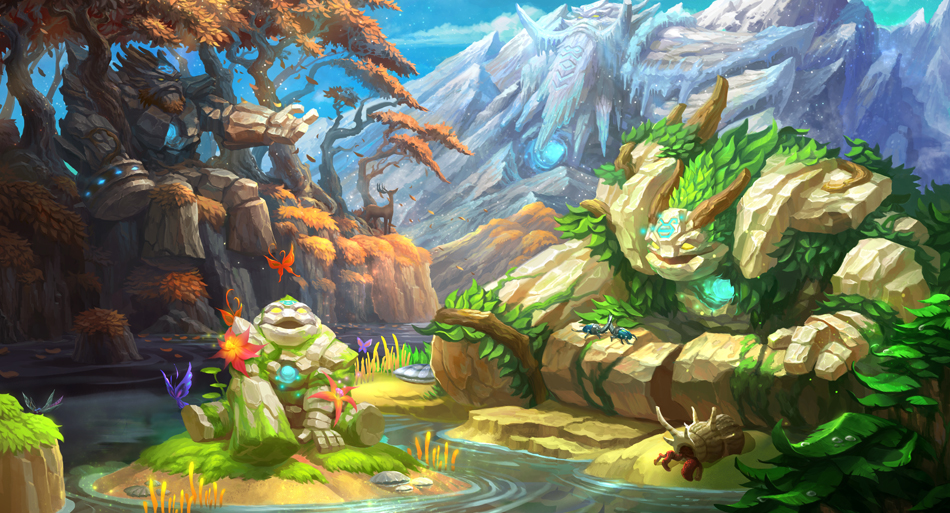 Dota is a game that has been defined by overpowered or unforeseen interactions. Iconic moments like the Na’Vi’s TI 3 Fountain Hook or OG’s absurd carry Wisp strategy at TI 9 have been celebrated by fans as peak creativity. Dota is a game where eeking out miniscule advantages like denying the first two or three Ranged Creeps can have a massive compounding impact on the outcome of the game.

Just recently, Evil Geniuses lost a game to Quincy Crew because of an interaction with Tiny’s Toss spell. For whatever reason, the game registers a hero as still traveling to a location while dead in mid-air making it possible to buyback directly into a fight.

Or at least it used to.

Following the game, which could very well have far-reaching implications on both team’s chances at TI 10, Icefrog removed the mechanic from the game. It struck many in the community as an odd change of heart because it is an interaction that has been well documented for years without any developer response. It then begs the question of whether these weird and unintended interactions are game-breaking bugs or just bizarre features to exploit.

Over the years, plays have continued to get creative in their attempts to break the game for small advantages. We have witnessed all sorts of creep wave manipulations, accidental double registrations of damage or healing, and other sorts of positioning manipulation. In most of these cases, the mechanics have been eventually patched out but usually only after the professional scene proved how strong they are.

Why is it that Valve will leave a mechanic like Fountain Hook or Tiny Buyback Toss in the game as an abusable mechanic for years and then later decide to fix it like a bug in the code? Where do we draw that line? Perhaps the most notable of these interactions is the neutral camp pull. This was not the originally intended use of neutral camps and though it has been tweaked, it has also become an absolutely essential part of the game.

It’s hard to imagine that Icefrog and crew could have imagined some of the ridiculously strong hero combinations that we have seen over the years. Remember when Lifestealer was a support that sat inside the carry for the entire game? That was removed for being too easy of a playstyle or some such reason. Meanwhile, we still have overwhelming combos like Duel into Sunstrike or Chronosphere with an Iceblast on top. Neither of these require any complex coordination and yet they almost guarantee a kill every time.

We had a team literally win TI9 using the hero combination of Grimstoke and Pugna where you silence a hero with Phantom’s Embrace and Decrepify the same target so they can’t remove the silence. That same team abused a massively overpowered core Wisp that was essentially unbeatable without heavy nerfs after the tournament. These are completely overpowered and some would even say broken interactions that it’s almost certain were unintended by the developers. I don’t think anyone would argue that any of these should be removed. It’s also probably true that the difficulty level of executing any of these strategies is probably lower than the perfect timing required for a Fountain Hook.

This brings us back to the question at hand. What exactly do we define as a bug versus a feature? Is the game better off for removing these accidental yet hilariously useful interactions? How far should Icefrog go when it comes to “fixing” the game? Let us know in the comments what you think. I wrote a long response but then deleting it after realizing that the existence of neutral camp pull nullified my argument. Now I think that there is no need to "fix" things that work in ways different to the original intention unless it becomes "broken" or deeply contradictory to the lore/physics in such a way that it makes the hero or heroes weird to play (ie tiny toss buyback).

You really cannot possibly capture all weird interactions from a game as complex as this. There will always be something that is weird and shouldn't be happening the way it is happening. A large portion of these are mostly harmless and it is basically just a "quirk" and does not effect gameplay all that much. But the true scholars of the game can find meaning where there seemingly is none and finds a way to exploit it in some way that makes the other team cry...

And I believe the top teams have a trick or two again up their sleeves to pull out at TI and it will be glorious again. That IO carry thing was just marvelous... Fountain Hook was quite ingenious too... I cannot wait for what's next. It will most likely be mind blowing again. And then the pubs are going to be stupid as people try to do it in shit tier dota, where I reside.

The developers of the game decide which things are features and which ones are bugs, that's the long and short of it. Maybe they didn't fix the toss bug before because they deemed that it had negligible impact in the game, and when they saw that it actually changed the course of a (European*) match completely, they reconsidered.

*The same bug appeared in a SA pro competition but as it was SA, nobody in Valve cared, apparently. But the sad part is, they fixed Timbersaw + Tiny toss without changing Pudge. If you die while being dragged by hook and BB immediately, you respawn in fountain and then immediately tp to pudge's location... Where is the consistency?

As long as pros do it, it will be removed I saw they also got rid of Timber's chain/buyback with the patch, I'm assuming because of the same reason. But as far as I know you can still to it with Puck and Illusory Orb/buyback as well as Spectre/Haunt to quickly buyback and free tp back into fight. It seem arbitrary to pick and choose what heroes get this ability.

Neutral creeps being pulled is something that can be easily accounted for and mirrored by both sides. Faceless void using Chrono to set up for an Ice Blast is simply an intended combo as two heroes synergize the core mechanics of their kit; fountain hooks used a niche spell of Chen that wasn't necessarily hero-defining. When it comes to unusual interactions, they're acceptable when they meet a set of criteria for being balanced, intended design, and encourage diverse playstyles. There are some heroes that are "dedicated cheese" like huskar and usually brood; but reliable staples imploring cheese strats can be really difficult to read. Heroes are traditionally reworked often because they do too much or too little of their core design to the point that their intended playstyle is no longer viable. I expect sometime in the near future that sniper will be completely reworked as a hero mostly because he hasn't been a viable core in well over a year and there are still people even playing him support with aghs. I think it's likely that headshot and take aim get combined into a new ability, concussive grenade becomes a basic ability with more range, and he gets a shard upgrade that improves his core potential. It's a dick move,like they just showing look, game exists only for the pros, don't matter if you playing pubs and getting stomped by all those bugs, the moment a pro player is affected by it, we will fix it, kinda shows how low they value individual not a pro player

These bug fixes dont really affect pubs, so they didnt change it. It is now harder to abuse a certain mechanic, fun days are over. Well, I am ancient scrub, but I think bugs unfairly reward/punish, disproportional to the amount of skill and resource spent. Meaning it either reward too much without the appropriate amount of resource/skill being spent or punish too hard with the lack thereof.

For the SS chrono ice blast, that is 3 ults being used at the same time, so the reward for pulling it off should be huge, and the other team should be punish if they group up like idiots.

For fountain hook, while the amount of skills required is high, and the drawbacks of failure is huge (4v5 a fight), the reward of instantly removing 1 hero from the game even with aegis seems broken.

Tiny's toss buyback interaction to me falls into bugs: when you die and want to return to the fight again, speed is important. There should be a positive reinforcement cycle: you return as fast as possible to reposition yourself into a fight, rewarding reflexes and decision making with team fight advantage. However, the toss instead punishes you for having high reflexes, causing you to respawn in a terrible position, creating a negative reinforcement cycle: you are punished for being too good. 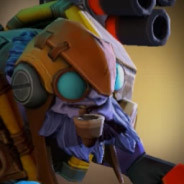 @Entertainment 7wenty, I see what you're saying, but consider player agency as the key factor, not arbitrariness. In order to execute the bb trick for Puck and Spec, the player has to cast a specific spell after buying back. The Tiny and Timber interactions attached a drastic side-effect to the buyback button that couldn't be changed by the affected player. The Tiny, Timbersaw, and by extension, Pudge interactions feel like bug fixes because not only could they be abused, but they could be MISused. Buying back and returning to combat with things like Waver's Time Lapse, Spectre's Haunt, Puck's Illusory Orb, and things like that are choices that can be made by the player of those heroes, but if you were to do so whilst being tossed by Tiny, timber chaining somewhere by Timbersaw, or being hooked by Pudge, there are an equal amount of times that would be an accident than it would be intentional. Additionally, enemies could also fall victim to Pudge's and Tiny's interactions, with further supports my thinking. Hi had game a couple of months ago vs a pudge/NP combo. Basically NP with Meteor hammer would teleport+ meteor hammer the tower and simultaneously pudge would hook him back to his original position. The whole team was just at a loss of what was happening as we would hear the MH melt our towers and cut all the trees/dust to see where the NP went, but looking back at the replay it was the pudge mechanism that did it. Pretty clever and another mechanic like these mentioned in the article. Im surprised that this hasnt been used much in pro games but im guessing coz pudge and NP arent really in the meta yet. well see. Has anyone done or seen this mechanic im decribing?