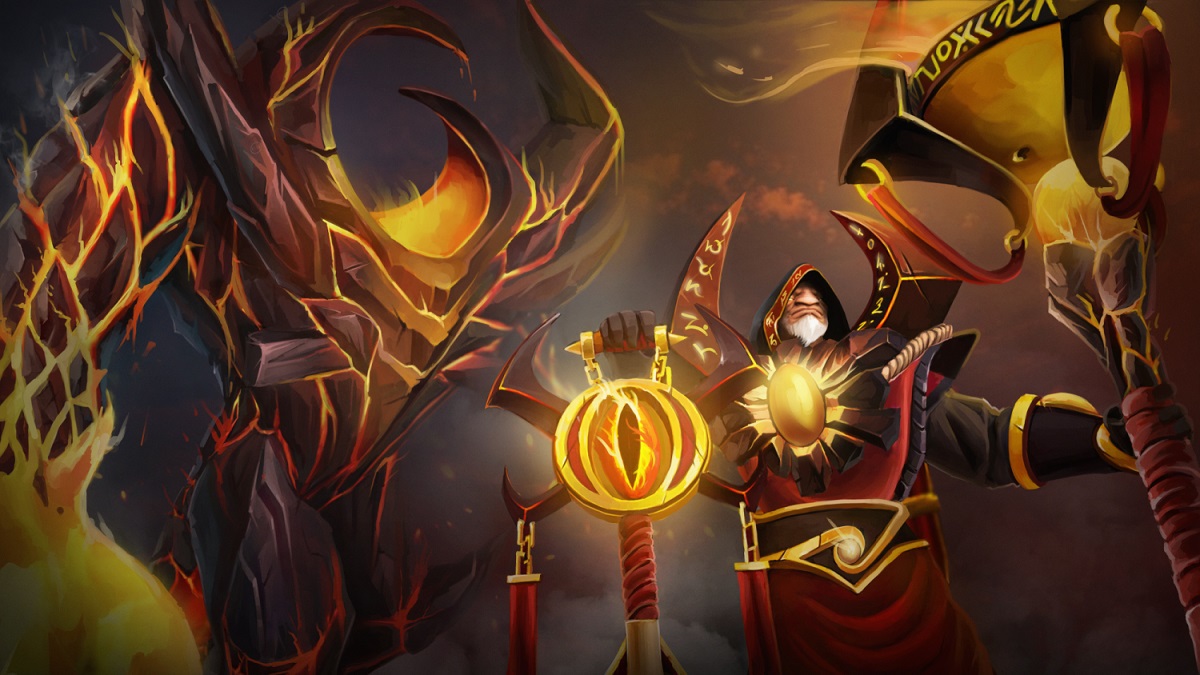 Any time Dota gets a big patch it’s always really interesting to see what heroes slip through the cracks into the realm of overpowered. With so many options to choose from, the meta generally gets defined by a few heroes that find early success and then people tend to stop looking for new options. In some cases, incredibly broken heroes will go undetected until many months after a patch. We saw this scenario play out at TI9 when OG pulled out this Aghanim’s Scepter rush carry Io that was completely unbeatable and only went away after several rounds of nerfs over the following months.

As of about halfway through the DPC season, Warlock was the most picked and highest win rate hero in North America. He was also outside of the top 30 picks in nearly every other region. As of today, Warlock is still the most picked hero in North America with an incredible 69.57% win rate. It has also been noticed by the European pro teams and has jumped up in popularity to be the 7th most picked hero with a 68.75% win rate. Here is why I think the other regions are going to be in trouble at the next Major tournament if they aren’t ready for Warlock.

Warlock has always been a relatively simplistic hero in terms of playstyle and utility in a hero roster. He provides excellent sustain in the laning stage and beyond then basically just waits for a big teamfight to press all of his buttons. He also helps to keep pushes rolling with his healing. Usually, this is enough to do reasonably well but rarely provides anything spectacular. Most of Warlock’s power traditionally depends on how buffed or nerfed Fatal Bonds is at any given moment.

While Fatal Bonds is as nasty as ever at amplifying damage in the current patch, this new wave of Warlock play is all about the healing side of his kit. Patch 7.29 made Warlock’s Aghanim’s Shard turn Shadow Word into a 450 AoE spell. There is no limit to the number of units that can be affected by it other than the cast area. This means that you can theoretically cast the spell on all five heroes on your team and all five enemies at the same time. It also gives every affected allied unit 10% bonus movement speed and reduces an enemy’s by 10%.

Ignoring the damage which is not a negligible amount, especially when all the units are Fatally Bonded together, this is 540 hit points healed per unit every 12 seconds. Considering that the Shard becomes available at 20 minutes, this might be the most powerful push timing window since GH’s Keeper of the Light Aghanim’s strategy carried Team Liquid to TI glory.

Not convinced yet? There are even more factors playing in Warlock’s favor. Holy Locket, a long-forgotten about item has been incrementally buffed to a useful and possibly overpowered place. Buying this item is relatively easy for even poor supports as it gives wonderful stats and makes Shadow Word heal for a whopping 729 health. I recently played a game where I dished out over 27,000 healing in a 29 minute game with just Brown Boots, Aghanim’s Shard, and Holy Locket. Finally, it is worth mentioning that we are in a meta where tanky heroes have taken over. With usually two or more beefy heroes on every team, there are so many excellent targets for Fatal Bonds to keep pumping out damage for an entire drawn out team fight.

The most common build in high MMR and pro games for Warlock is something like this: Items: Brown Boots, Ring of Basilius, Magic Wand and Wards until 20 minutes. Then, Aghanim’s Shard, Holy Locket, and whatever other support item your team needs. Most of the time, the Aghanim’s Shard is all you will need to take over the enemy side of the map and never leave again.

Talents:
Level 10: Often skipped in favor of more regular abilities. Both are useful in different scenarios.
Level 15: -5s Shadow Word Cooldown
Level 20: Both are good depending on whether you need more heals or another Golem.
Level 25: I have yet to see a game go this long with a Warlock because the pushing potential is so great with the Aghanim’s Shard. Firsties!!! His AOE slow shouldn't be dismissed. In a big team fight it can provide even more CC.

All fair enough points, but I would assume Warlock being worth picking would also require you to be able to play a teamfight reliant lineup. Warlock pretty tough support so can win almost every dummy duel with other support heroes. With his heal even vs triple can be easy for farming by carry. I was hoping u guys would not feature my mmr grinding hero. The skill build is usually W-Q-W-E-W-R, and max W then Q then E. The 1 point in E is actually very useful for saving carries or enabling ganks. The only time my team loses is when the opponent has late game carries that my team cannot counter. For the talents I take +50 golem ms, +40 upheaval dmg and +25 shadow word heal.

Golem is also very strong for pushing uncontested lanes. Golems are good at tanking towers for some time before moving to the backlines to cut creep waves. I usually try to cast golem as soon as i get my level 6 to make as much space for my team.

Any mmr below 3.5k, Warlock is basically a free win. I have been having very tough games recently due to BB and Medusa as well as Arc Warden. Basically heroes that can tank insane amounts of dmg will counter Warlock and his team, as no matter how much heal you use, your team has no dmg, which is actually very sad. Boring hero but effective I guess. yea this patch WL is a new KOTL in terms of healing mechanic with shard. Both can push very early (I'm making Holy Locket 1st on my KOTL games now with max iluminate asap), and basically your team will never run out of HP once you get your kit ready. The fact that illuminate now heals even at night makes KOTL very very strong pushing hero at any given time, but in my bracket teams just don't push early lol. So I end up with below 50% wr even when I'm picking these heroes.

I think another side you don't mention in this article is that shard makes shadow word a potent farming tool as well. It's crazy range is helpful when you want to farm wave safely from distance. I usually use fatal bond on top of it to ensure I still get some gold even when there are friendly waves. It will definitely be nerfed though. Getting it at min 20 with just 1400 gold is way too cheap. Its basically free MMR. I got 27k healing in a 35 minute game