The Most Overrated Items in Dota 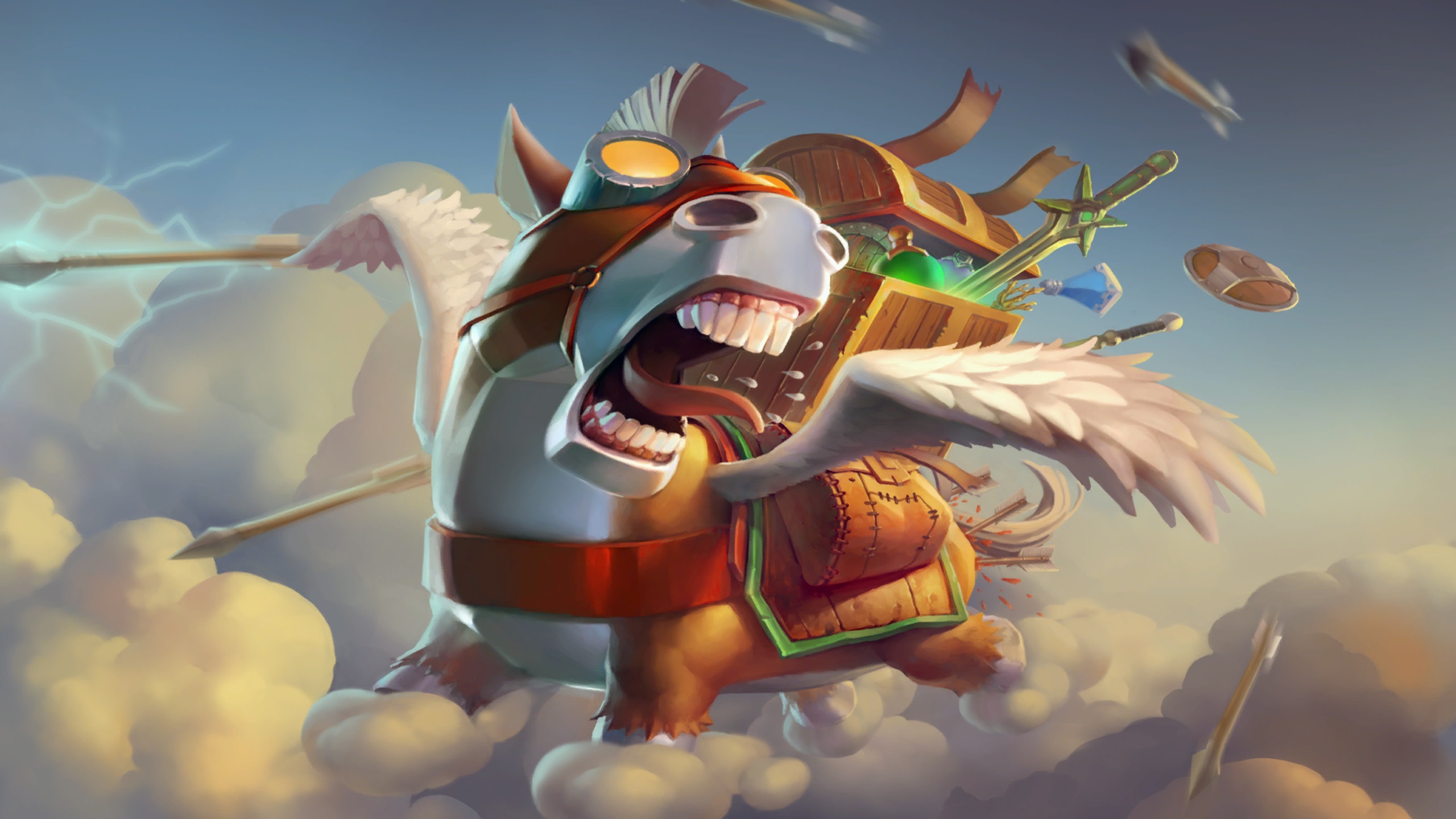 Heroes get most of the attention when patches hit and the meta trends usually follow those buffs and nerfs. Overpowered heroes can be banned however and so it is item changes that usually shape the overall meta due to their consistent presence in every game. Over the last year, reworked items like Monkey King Bar and Abyssal Blade have surged in popularity while formerly popular options fell out of favor. In this article, we are going to explore some of the most overrated items in the game and why these popular purchases are often a huge waste of your precious gold.

Mangoes, Salves and Tangoes. For the longest time, regen has been the king of the early game in Dota. The simple truth is that the longer you are able to stay on the map, the better your prospects are for fighting, farming, and controlling objectives. The difference these days is consumable regen items are no longer the most effective way to achieve this.

Reducing the price of basic regeneration based items like Sage’s Mask and Ring of Regeneration while also nerfing consumables has made many pro players avoid buying anything beyond their initial Tangoes, Salves, or Mangoes. Gold has become a lot more scarce over the last few patches, and that means that dumping hundreds of gold into temporary boosts of HP or Mana looks a lot less attractive than steadily scaling a hero’s overall stats and mid game potential. Now that the low-level items like Bracers give additional regen and early game regen items all build into useful mid and late-game items you are almost always better off investing your gold into a permanent increase of your strength.

Phase Boots and Power Treads have had a pretty circular relationship over the years of Dota patches. Up until a few patches ago, Phase Boots were one of the best early game. With high-value stats an easy build-up and the prevalence of low armor, high HP heroes Phase Boots reigned supreme for many patches. Now after months of nerfs, a return to slower-paced, farm-heavy Dota, and players favoring heroes that rely more on attack speed the tables have turned.

For a long time Phase Boots were a great option on ranged heroes as well due to their kiting potential and nice damage increase. These days, seeing Phase Boots on a ranged hero is a pretty easy way to spot a player who has no idea what they are doing. Treads give much better value in almost every situation and even heroes that benefit from the “run fast, run at you” playstyle don’t really feel as scary after the nerfs to the item. Below is a list of recent changes to the item.

Reduced armor bonus from 6 to 5.

Reduced armor bonus from 5 to 4.

Changed movement speed bonus from 15% to a flat 45.

Maelstrom’s fall from grace has been straight down to the dumpster over the last year of patches. The item had always given a nice mix of spread out magic damage and farming ability that many carries desperately needed early in the game. After several nerfs to the Javelin, the build up to Maelstrom became a bit harder to justify. The Chain Lightning was also nerfed but the killing blow was delivered by removing the attack speed from the item. To get any real farming or reliable DPS value, it feels as though you basically have to complete the entire Mjolnir. Meanwhile, other farm-accelerating items such as Midas and Battlefury have risen in strength and do their job of accelerating heroes much better than the current version of Maelstrom. There is just no reason to buy an item that is more like a basic component to the real item at this point.

Deep down, Radiance has really always been a tempo item disguised as a farming accelerator. The earlier Radiance comes into the play the stronger the impact and gold is generally harder to come by early on in the game. Taking most of that gold and dumping into a purely offensive item that provides no stats and only adds moderately useful damage is rarely going to be worthwhile when compared to other items in the same cost range.

With a series of nerfs to Radiance damage on illusions, the item really only pairs well with naturally tanky heroes that can pressure the other team early with their front lining potential. Not many of these heroes are currently meta and many of the easily kited heroes that Radiance used to work well with don't need the item any more thanks to Abyssal Blade. In fact, nearly every hero that is currently considered strong in the core roles has strong mobility and anti-kiting potential.

It was only about a year ago that every single team needed to have a Pipe in every single game. Simply put, Pipe was broken. The item was so cost-effective; giving stats, significant hp regen to everyone, and the Barrier buff that allowed for super early high ground sieges and death ball Dota to thrive. The current version of Dota is a much slower-paced game, and Pipe is a much more expensive item that does less for the cost. In fact, 36% of the item cost is now in the recipe that barely gives any additional value outside of combining useful items into a single slot. Most heroes that have liked building Pipe in the past can get by easily with just the Hood of Defiance and the newly buffed Glyph clears out creep waves with physical damage that Barrier does nothing to stop.

Abyssal Blade - 26% of the total cost is the recipe. The item also gives the wielder an extra stunning spell plus essentially a Blink Dagger for the gold spent.

Black King Bar - 35% of the total cost is the recipe. The recipe is nearly as expensive but grants total magic immunity instead of the relatively weak 400 damage block that often only hits a couple of allied heroes.

Force Staff - 46% of the total cost is a recipe. This item has also fallen heavily out of favor and almost made the list of overrated items. Still, mobility is extremely powerful and probably still justifies the cost.

Assault Currais - 26% of the total cost is the recipe. AC Combines several items into one and gives excellent offensive and defensive bonuses without the need for an active mana cost.

Guardian Greaves - 32% of the total cost is the recipe. Greaves are more like what Pipe wishes it could be. Granting burst healing, mana, armor and a dispel for the caster give Greaves truly strong team fight impact.

Satanic - 9% of the total cost is a recipe. Not surprising that Satanic has become one of the most popular and powerful items in the game. Items that avoid the recipe entirely or have a very small one are almost universally considered good items at the moment.

It’s certainly possible that these items will be tweaked in upcoming patches to the game but, for now, you are better off avoiding them in most cases. With such a wide variety of items in the game and plenty of overlap in utility, there are almost always better options available to include in your hero builds. what happened to those people that always come in and spam "first"?
haven´t seen many of´em lately If your cores are going for bkb, then getting a pipe is not effective. Pipe only works against stupid drafts with mages functioning as cores like against core pugna, veno, zeus etc. I think veno is still strong in pubs cos he just blinks in and ulti and does so much damage you dont even need to think. Then you end up with inefficient items like pipe and cant buy good items like infused raindrop.

List of niche items that nobody understands when to buy:
-Nullifier
-Solar Crest
-Crimson Guard
-Shiva's Guard
-Kaya and Sange Hey, here's a tip on how to write a good article, use stats instead of the dota 2 changelog 2 quelling blades on troll is both effecient and lore friendly. Nice article. I learned something new. Force staff buff incoming for sure me and my homies hate force staff recipe You ignore the fact that Pipe applies to the entire team, whereas hood applies only to your own hero?

Fun stuff, as I really hate blowing 900+ gold on consumables to keep my carry/core alive during the laning phase... But what's a support gonna do :\