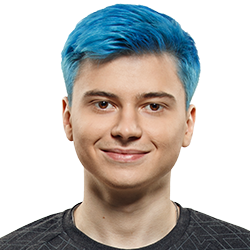 Ramzes is a Russian prodigy who first broke into the scene at the age of 16. He’s since qualified for various Majors and is largely regarded as one of the best carries, certainly within his own region, but also worldwide. His aggressive, yet controlled playstyle fits his team Virtus.pro very well and his wide hero pool allows his team to draft anything. Ursa, Slark and Sven are among his signature heroes, though in part because his team often plays around such heroes.